The OpenSearch roadmap is now available on GitHub

I wanted to share that a new public roadmap was published to the OpenSearch project’s GitHub. The roadmap shows the next several months of planned features and releases. Going forward, this roadmap will show what the maintainers and contributors of the various components of the project intend to work on and when that work aims to launch. 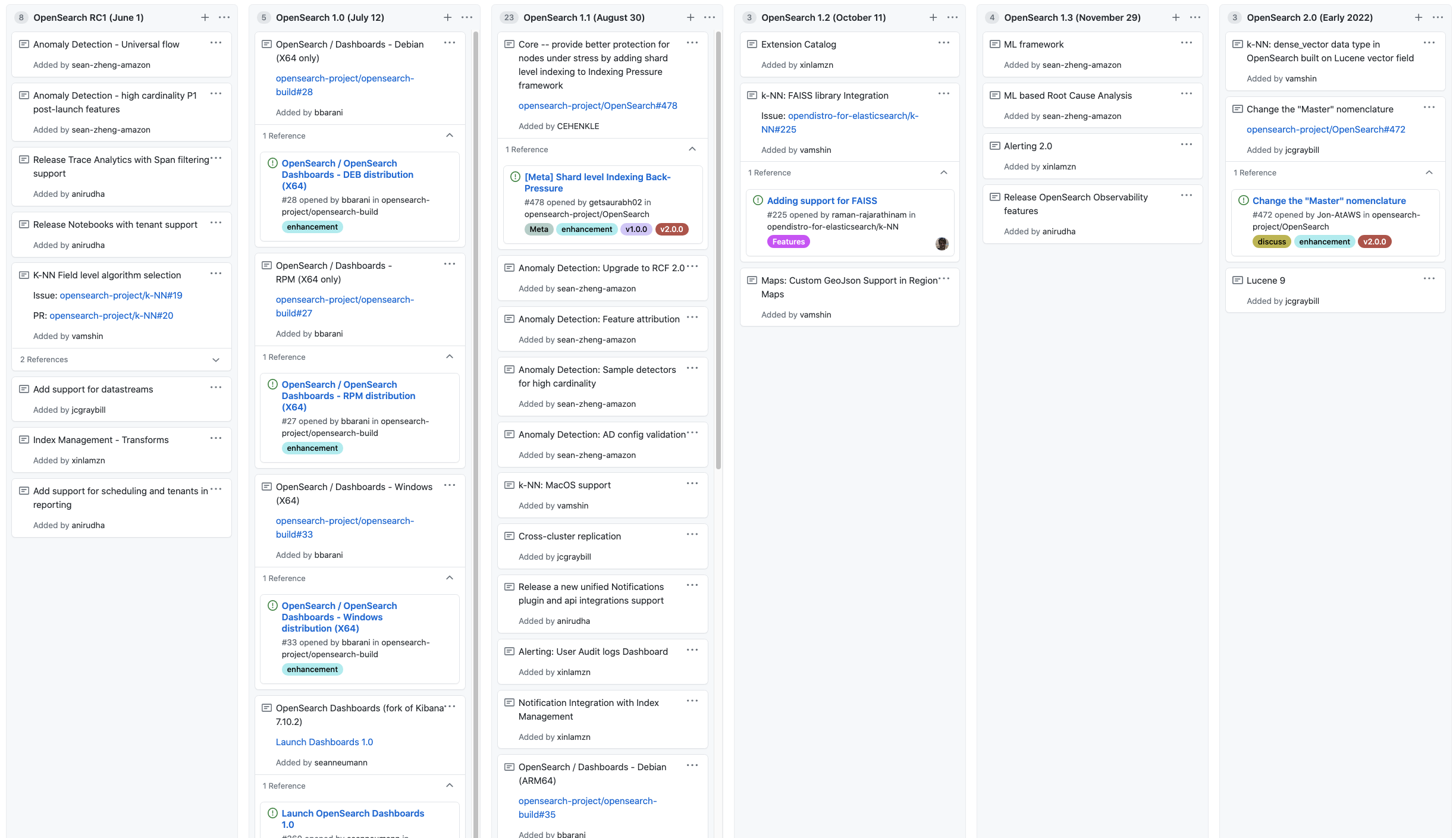 What exactly is the public roadmap?

The roadmap shows the features anybody is working on, along with when they’re planning to include those features in a release. It also shows when the next several releases are targeting. I want to emphasize that there isn’t an ‘internal to Amazon’ roadmap and ‘external’ roadmap. This is the roadmap that the current maintainers use for their work. As a development practice, one of the responsibilities for building new functionality will be to show those plans in the roadmap. This ensures there is a single place for the community of developers and users to see the project’s plans. Every roadmap item includes a link to a GitHub issue in the appropriate repo to track it. If you have feedback, requirements, questions, or suggestions about any particular feature, the GitHub issue is the best place to provide it.

If it isn’t clear, the dates and milestones reflect intentions rather than firm commitments. Dates may change as anyone learns more or encounters unexpected issues. When that happens, it’s not considered a failure. Anyone who builds software knows that the best-laid plans can change. The roadmap will help make changes more transparent so that anyone can plan around them accordingly. You’ll notice that release milestones further in the future will have less granularity than ones in the near term. As those milestones are worked on you will see more granularity and some larger items split into multiple smaller incremental features.

What gets included in the roadmap?

The roadmap does not include every change going into every release. That would be overwhelming. The roadmap focuses on new features and enhancements in the project. It does not focus on bugs. I also want to note that the opensearch-cli and data-prepper are released independently of the distribution. Because of this, the roadmap also doesn’t include them.

How do I contribute something and get it on the roadmap?

There is now an entry in the FAQ to provide guidance on that. By following the guidance in that FAQ, the maintainers of the repo you are interested in contributing to will work with you on how to get your contribution included.

With all that said, I’m really excited to get this roadmap opened up. I see this as step in this project operating with full transparency and community involvement. I look forward to the feedback!

I want to give a special thanks to all of the people who helped me get this put together: 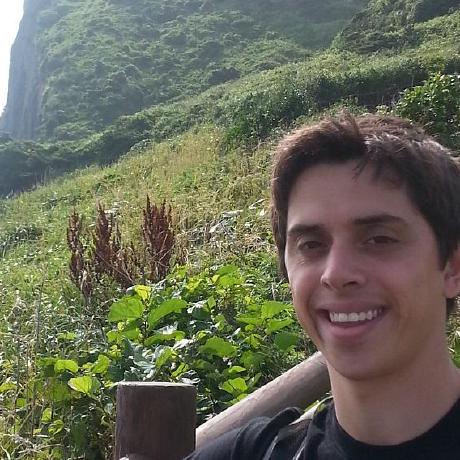